Depressed, Angry, Ashamed, Suicidal .. were merely just words. Those of us who have danced with the devil long enough know that there really is no way to ever express these emotions in language. 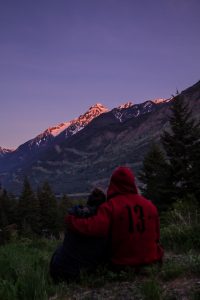 Each breath feels as though your drowning, a dizziness of falling through the clouds, with nothing beneath you while you pray the ground would just be near enough to see the end.

If your mind isn’t racing its numb, empty, completely shattered as it tries to make sense of this world, which way is up and why even bother taking another step let alone mustering up the strength to do so.

After all I had been though in this life, all that I thought I had over come, I now sit here defeated by an old tractor tire too ? 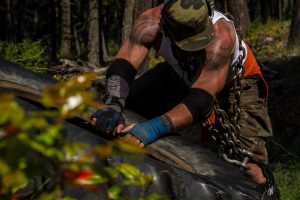 It’s not that I wanted to die, it’s this feeling that I’ve already been dead for many years, the suffering just doesn’t ever seem to end. Just when ya think you’ve hit the bottom, you open your eyes to see that you still have a very long way to go. 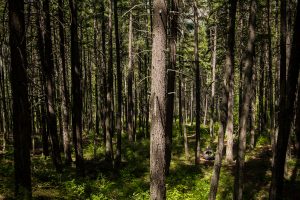 After filling my belly, I had got a surge of energy. The last thing I was going to do is let that dam tractor tire beat me too. 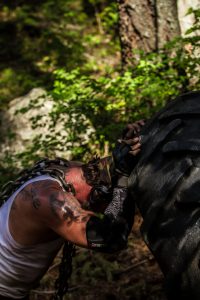 Time to become a real warrior and fight for my life. 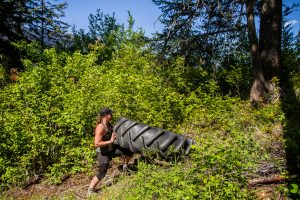 As I walked back to the tire all I could think of was the hate I had for so many people, I wanted their heads on a spike, I was determined to become the strongest warrior that ever roamed this earth. 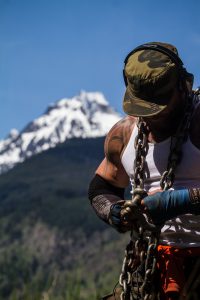 Once again, I dug in deep, started barking at the trees around me trying to pump myself up, I could see certain peoples faces as I grabbed the tire still weak but driven I barely got it back up to one knee, struggled, screamed and flipped it over with pathetic amount of power. 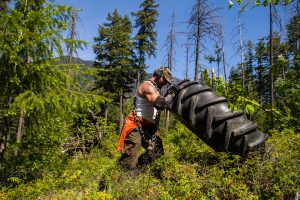 It hit the ground and my back ached, I didn’t care, the pain drove me to do it again.

As I dug in my elbows wanted to give out, my fingers could barely hold on .. dig dig dig and flipped it again.

My teeth clinched, shoulders burning I tried for one more as I looked at the faces I wanted revenge on in that tire .. I got it 1/2 way up .. and just couldn’t do it . I dropped it , gave up – defeated again and walked back to the fire with my tail between my legs completely broken. 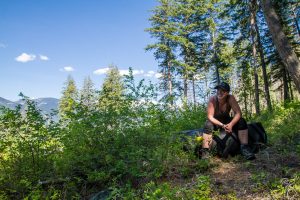 I still had’t even slept yet in weeks, tossing and turning, pulling my hair out with these dam opiate with drawls, my mind just kept trying to figure out a way to get back to the streets, get some dope and ease the pain.

After 2 or 3 days I had no choice but to try again, if I was going to get strong I needed to put in the work so I got myself all jacked up for another try on the battlefield. 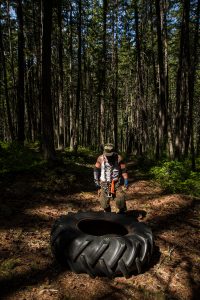 As I walked back to the tire, I was determined this time to put in everything I had, dug in deep and flipped it about 9 or 10 times before feeling as though I was defeated, I just dropped down and started doing some push ups . 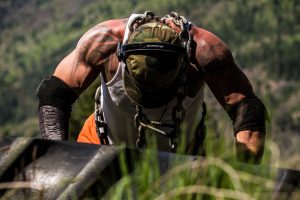 then when my arms got sore I just sat inside it and started doing a few pathetic sit ups, abs got sore 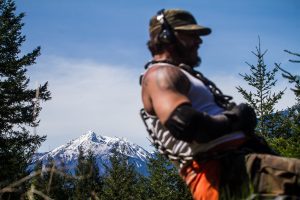 and began flipping the tire again, screaming the names of all who I was coming back for. 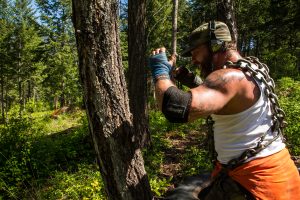 Not even 15 minutes in .. I had enough, defeated once again and walked away.

Their was something about the feeling I got from just walking to the tire talking to myself and how strong I was going to get, something about that drive that’s inside that made me feel good, it’s all I had so .. I went back again in full on battle mode. 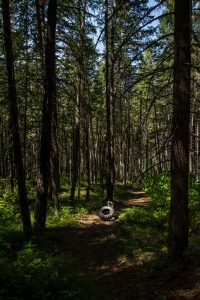 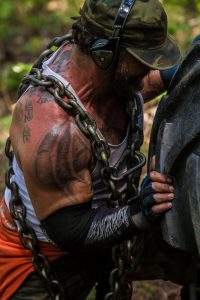 I went back and forth to that dam tire every single day getting a little bit stronger each time talking more shit, barking at the mountains but what I hated the long walk of shame back to the camp each day after being defeated so after about a week and half of going from battle mode to defeat – I just sat in the tire .. looked around and did some thinking. 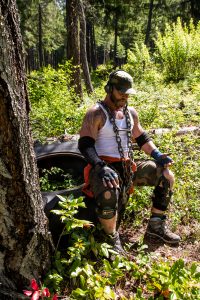 This is where I took my first nice deep breath and upon the exhale was the first time in many years that I could actually see straight.

I could see the green in tree’s , I could feel the wind on my face and I could actually hear the birds singing in the forest. 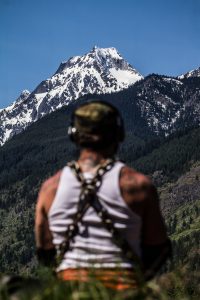 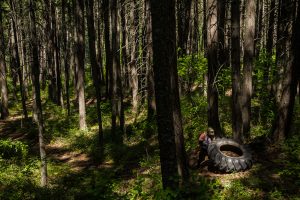 This alone gave me a burst of energy , and I leaped up and started flipping my tire again in sets – 10 flips – 10 push ups and 10 sit ups and then just sit and breathe. 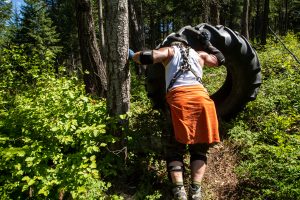 Every time I sat completely exhausted , I would just sit and “think”, about my life, where I had been and why I had made a lot of the stupid decisions I had made.

My mind was becoming a lot more clear, the sounds, the smells, the taste of a whole new world. 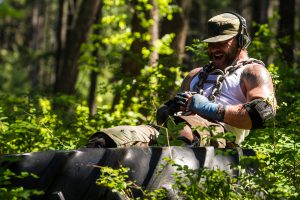 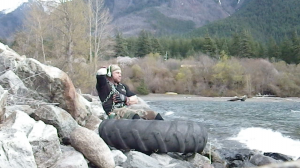 There was no time, no dates, dollars, taxes, rules, expectations, I knew nothing about what they called social media or even had a email address and I had refused to and never owned a cell phone at that point in my life. 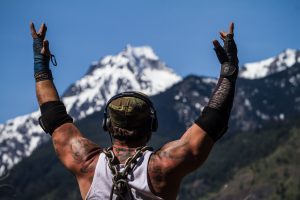 There was one thing missing .. my best little buddy Meathead. 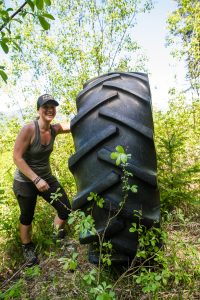 My heart sank at the thought of how many years I had neglected him, and just left him on the couch while I selfishly escaped my own mind, troubles and insecurities. 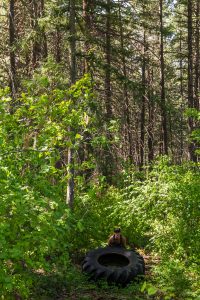 Not only did I need to go pick up my best little buddy, but I felt I was somewhat presentable enough now to show my face in Whistler and crawl my sorry ass into the food bank and get something more than just deer meat and trout. 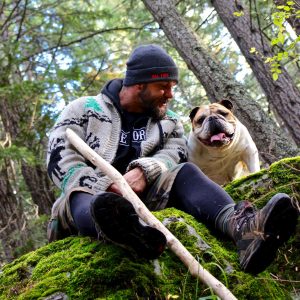 Photos by: Jillian A Brown Photography